We are going back almost two hundred years for this post on one of the attractions of Teignmouth …. to certain people at least.

I’m not sure when it started but certainly through the 19th century it was quite common to hold private theatricals in private large houses. George Templer routinely did this at Stover House and it is likely, if the accompanying poem is anything to go by, that similar events may have been held at Bitton House.

Teignmouth also boasted the Royal Clarence Theatre in Coombe Vale Road which was demolished in 1840.

So it is not surprising to learn that Winthrop Mackworth Praed, who also lived at Bitton House, wrote a poem on the subject of theatricals. It forms one of his ‘Letters from Teignmouth’.

YOUR labours, my talented brother,
Are happily over at last
They tell me -that, somehow or other,
The Bill is rejected,—or past;
And now you’ll be coming, I’m certain,
As fast as your posters can crawl,
To help us to draw up our curtain,
As usual, at Fustian Hall.

Arrangements are nearly completed;
But still we’ve a Lover or two,
Whom Lady Albina entreated
We’d keep, at all hazards, for you:
Sir Arthur makes horrible faces
Lord John is a trifle too tall;
And yours are the safest embraces
To faint in, at Fustian Hall.

Come, Clarence; – it’s really enchanting
To listen and look at the rout:
We’re all of us puffing and panting,
And raving, and running about;
Here Kitty and Adelaide bustle;
There Andrew and Anthony bawl;
Flutes murmur – chains rattle – robes rustle
In chorus, at Fustian Hall.

By the bye, there are two or three matters
We want you to bring us from Town:
The Inca’s white plumes from the hatter’s,
A nose and a hump for the Clown;
We want a few harps for our banquet;
We want a few masks for our ball;
And steal from your wise friend Bosanquet
His white wig, for Fustian Hall!

Hunca Munca must have a huge sabre;
Friar Tuck has forgotten his cowl;
And we’re quite at a stand still with Weber
For want of a lizard and owl:
And then, for our funeral procession,
Pray get us a love of a pall
Or how shall we make an impression
On feelings, at Fustian Hall?

And, Clarence, you’ll really delight us,
If you’ll do your endeavour to bring,
From the Club, a young person to write us
Our prologue, and that sort of thing;
Poor Crotchet, who did them supremely,
Is gone for a Judge to Bengal;
I fear we shall miss him extremely
This season, at Fustian HaIl.

Come, Clarence! your idol Albina
Will make a sensation, I feel;
We all think there never was seen a
Performer so like the O’Neill:
At rehearsals, her exquisite fancy
Has deeply affected us all;
For one tear that trickles at Drury,
There’ll be twenty at Fustian Hall!

Dread objects are scattered before her
On purpose to harrow her soul;
She stares, till a deep spell comes o’er her,
At a knife, or a cross, or a bowl.
The sword never seems to alarm her
That hangs on a peg to the wall;
And she doats on thy rusty old armour,
Lord Fustian, of Fustian Hall.

She stabbed a bright mirror this morning,
(Poor Kitty was quite out of breath!)
And trampled, in anger and scorning,
A bonnet and feathers to death.
But hark !- I’ve a part in “The Stranger,’
There’s the Prompter’s detestable call!
Come, Clarence –our Romeo and Ranger
We want you at Fustian Hall!

For more information about the poem check out: 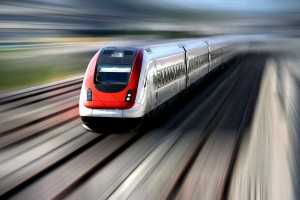 Here’s another walking group, this time from Bristol, who decided to immortalise in verse their outing from Bristol with a walk from Dawlish to Teignmouth along the SW coast path on October 5th 2008.

They appear to be a group who travel by train to somewhere where they can do a walk.  The train service which brought Victorians to Teignmouth in its heyday is still doing the job.

They commented that:  It was not at all like Keats’ 1818 view of Devon while staying in Teignmouth – “a splashy, rainy, misty, snowy, foggy, haily, floody, muddy, slipshod County” ( in the Oxford Literary Guide to the British Isles.).

Season of mists and mellow fruitfulness
Intrepid Strollers journey to the coast
A walk from Dawlish is their plan
With David their inimitable host.

Alas! The skies are dark and lowering
As they set off from Temple Meads in dread
The clime may yet prove overpowering
If only they had never left their bed!

But as their journey takes them south
Their chat is ever merry on the train
And as they reach their destination
Oh, miracle! There is an end to rain!

See how they sweat on coastal path
And, moaning, strew their sticky garments hence
If only they had known….and yet
The sun, it must be said, is recompense.

Nay, more than this – ‘tis sheer delight !
Laughing, they dodge the lashing waves
That threaten to engulf them on the wall
And Teignmouth head. The pub is now in sight.

But first to reach it they must hire a boat.
It comes: they climb aboard with cheer.
Despite its heavy cargo it can float
And thoughts turn longingly to food and beer.

With pleasant views a hearty meal they eat
Then head off chatting via caves
To sandy cove ( they can’t believe the heat! )
And from the beach they contemplate the waves.

But some of sterner stuff are made
Lissom Diana plunges deep and floats!
David and Michael follow suit, mad fools!
The rest of us lie round in heaps on coats.

Alas, the day is nearly done. We sigh in vain.
The journey homewards must be made
But kind Diana treats us all
There’s scone and jam to munch at on the train!

So hearty thanks we send from one and all
To David and Diana very dear
For this dark day which ended up so fine
And was for sure the best of all the year!

John Andrews in ‘Man in Green’

Some people simply like to walk to or through Teignmouth enjoying the ambience and the views.  The link with the previous post is that John Andrews is also an afficionado of folk music seen in the attached picture playing “Man in Green” at Tiverton Beer Festival.

I would like to go for a walk with you
While the sun shines, near the sea
Where we could both enjoy the sights
I would like you to accompany me.

At Teignmouth we could walk through town
Past the Endeavour pub and lifeboat station
The lobster pots, and remembrance flowers
Go back , perhaps make a donation.

I would like to go for a walk with you
I know you’ll accompany me
If I promise to stop at that seaside café
For a biscuit and a pot of tea.

A new roof here, a summer coat of blue paint there
The beach huts dressed up to the nines
Watch the Shaldon ferry weave through waves
Take care of the fishermen’s lines.

I would like to go for a walk with you
We could watch the changing ocean
With dredgers, ski jets and cargo ships
From port to port in onward motion.

On the sand bar, with gulls in attendance
We could see the cormorants sun bathe
Past the pier that weathered the winter storms
Nearby buoy bobbing on a wave.

We could walk along searching for sea glass
Bleached by sun and washed by sea
In opaque whites, blues, browns and greens
I’m glad you’ve accompanied me.

I’ll be back to work on Tuesday
Away from home, count the days, all three
But when I’m home I’ll walk beside you
Because I know that you love me.

For more information about John Andrews check out: